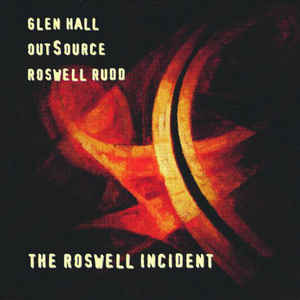 In 1997 a friend asked me to play a benefit concert for a theatre production his group was mounting. Looking around for musicians, I chose my longtime friends and musical associates vibist Allan Molnar and bassist Michael Morse. In the back of my mind was a catalogue of Carla Bley music I had been wanting to play, and I needed musicians with a strong sense of form and melody who could play freely as well. Michael suggested award-winning guitarist-composer Michael Occhipinti, and he in turn suggested one of the city’s most in-demand drummers, Barry Romberg. Everybody agreed, and we played the concert: the result was magical-instant rapport! A year later, Roswell phoned me and said, “I’ll be in Buffalo with Perry Robinson and Burton Greene. Come and get me, and let’s record something.” The ride down to Buffalo with avant-altoist Maury Coles, the concert, the hanging out, the very late night ride home, the early morning studio call, the sheer burn-out, and the electrifying concert the following day at the venerable Silver Dollar Saloon all combined to produce a profound impact on those involved. I called the CD “The Roswell Incident” because the whole two-day stretch had things in common with those incidents claiming to be “abduction by aliens”, also an allusion to the original incident in Roswell, New Mexico. My band OutSource and I were living in an “altered reality” with a feeling of transmuted time, speaking a language of gestures, glances, exhausted sighs, fatigued motions, yet with the electrified heightened awareness of people who know what they are doing might well somehow transcend the time/space of their current situation through the music they are co-creating, and in the presence of a rare person, so beautiful in his spirit, he hardly seems of this world at all, a benevolent “alien” visitor, Roswell Rudd. “The Roswell Incident” is dedicated to the generous one who made this incident possible.