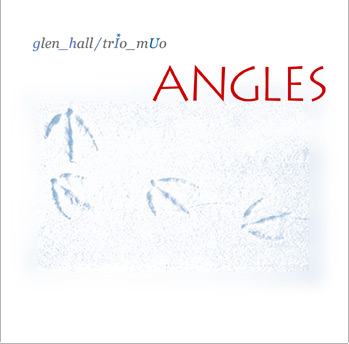 Right after an entrancing live performance by the Trio Muo, I googled the term /muo/ in order to decipher the ensemble’s unusual name. The derivation, I assumed, was from the Italian verb muovere, meaning “to shift, stir, move.” That is certainly what compact but complex improvisations by multi-reedist Glen Hall, bassist Michael Morse, and percussionist Joe Sorbara were doing to innovative composed themes.

The alternative Greek meaning, “I conceal,” seemed unlikely. This original reference may have been to something enclosed and thus hidden from eavesdroppers. The intentions of the Trio Muo are diametrically opposite to concealing things from the eavesdroppers called audiences.

The advanced nature of the music might be called a form of concealment. Most listeners do not have much training in the ideas or practices of contemporary art music that underpin the Trio’s wizardry. They overcome that barrier by performing advanced music with strong narrative and emotional strands. Open ears and active listening with both sides of the brain are what count most.

What actually inspires the Trio’s name, as I discovered from discussions with Glen, is a secondary definition of the Greek word muo: literally, “I cover the eyes and mouth.” This connotes looking within oneself for inspiration, and locking out extraneous influences in order to do so. Most interestingly, the ancient Greeks did not include covering the ears as part of that process.

Where an exceptional jazz ensemble like the Trio Muo departs from the ancient Greek connotation is that the “oneself” is a group of people who have become rapid-fire mind-readers. The several become one. This requires people who are both instinctively on the same wavelengths, and who work hard and long at cultivating those instincts.

When Hall and Morse first played together 24 years ago, Sorbara was still in nursery school. The Trio came together three years ago, and Sorbara is very impressive in his ability to hold his own with two of the driving figures in Toronto’s improvised music scene.

The trio combination of horn, bass and drums has created some of the most unconstrained and creative moments in the history of jazz. Think of Sonny Rollins’ landmark Night at the Village Vanguard sessions or Ornette Coleman’s At The Golden Circle, Stockholm/. Minus the chords laid down by a piano or vibes, there’s an extra degree of freedom — and hard work too.

What Trio Muo is doing in this exemplary disk must be understood both in terms of Glen Hall’s unusual musical trajectory over the past two decades and his leadership role in building an avant-garde musical scene in Toronto.